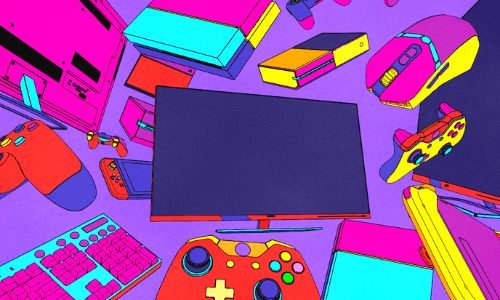 Here you will find the best games of all time, valued according to the opinion of the users, of metacritic or of our analysts in order of punctuation.

The rankings of all platforms only take into account the following: PC, PS4, Xbox One, Switch, PSVITA and Nintendo 3DS. In the case of the genres of each platform, only one of those three notes is needed to become part of the ranking.

Red Dead Redemption 2 is the sequel to Rockstar’s hit video game Red Dead Redemption (2010), considered one of the company’s best titles. This is the third installment of the Red Dead saga, started in 2004 with Red Dead Revolver and will move us back to the Wild West to put us on the biggest open-world stage ever created by the parents of Grand Theft Auto and tell us a story about outlaws, revenge and robberies in a scenario of great realism in PlayStation 4 and Xbox One.

2. The Legend of Zelda: Breath of the Wild

Switch 9.55 the Legend of Zelda: Breath of the Wild for Nintendo Switch

The Legend of Zelda: Breath of the Wild is an exclusive Nintendo video game, developed, produced and distributed by the same company, for the Wii U and Nintendo Switch game consoles.

Final Fantasy XIV: Shadowbringers is a new content expansion for the Square Enix multiplayer role-playing game on consoles and PCs. Shadowbringers is the third expansion of Final Fantasy XIV and increases the level limit to 80, including as usual a new and elaborate story and new scenarios. It also features new classes, such as the Gunbreakers, the first class announced, carrying gun swords, like the one we saw from Squall in Final Fantasy VIII. This class plays the role of tank in equipment.

XBOX One 9.53 Red Dead Redemption 2 for Xbox One

Super Smash Bros. Ultimate is the new installment for Nintendo Switch of the popular Nintendo saga focused on the fighting genre, in which characters such as Super Mario, Zelda, Samus of Metroid, Donkey Kong or Pokémon Pikachu to name a few, fight in the most varied scenarios drawn from the digital legacy of the Japanese company, as well as from guest companies such as Capcom, Bandai Namco, SEGA or Konami. With the largest team of heroes, heroines and villains to date, with new game modes and classic gameplay, Ultimate is the highlight of an iconic Nintendo license.

7. The Legend of Zelda: Ocarina of Time 3D

The Nintendo 64 classic returns to Nintendo 3DS with revised graphics, improved and adapted to all three dimensions without console glasses. Link will have to save Hyrule’s world again, and Princess Zelda, from the grip of Ganondorf. In addition to improving the graphics, the motion detection of the console is used to control weapons such as the arc, and the double screen to see the map and the objects that we have in our inventory.

Considered one of the great role-playing games, this definitive version of the PlayStation 2 game mixes classic elements of the genre such as dungeon exploration and turn-based fighting with an approach very similar to that of social simulators. All this spun by an argument of those who manage to catch us from minute one and seasoned with very worked characters, with a lot of personality and who enjoy a very credible and pronounced evolution, making us connect with them quickly.

9. The Last of Us Remastered

PS4 9.45 The Last of Us Remastered for PlayStation 4

The Last of Us Remastered for PS4 is an adaptation to Sony’s console of one of the best PS3 games. This remastered version will feature graphic improvements over the original and with all the extra downloadable content released, such as the Left Behind campaign.

Grand Theft Auto V for PS4 is an improved and expanded version of the original GTA V that appeared on PS3 in 2013. It will feature new graphics and new content such as weapons, vehicles or missions, as well as an expanded soundtrack and more players in online mode. He tells us the epic story of Michael, Franklin and Trevor in the city of Los Santos and its surroundings.

Forza Horizon 4 is the fourth part of the open-world driving saga of Microsoft and PlayGround Games. Moving to a huge mapping that recreates the United Kingdom almost entirely, the new installment bets to include more cars, more events and competitions , improve graphics and offer a real-time station system that offers us the possibility of driving in summer, Fall, winter and spring. It is available on Xbox One and PC.

Persona 5 is the fifth installment of the renowned saga of Atlus role-playing games, which will offer us an adventure in which we will combine the normal life of a teenage student with the battles against a supernatural threat, which they will fight thanks to their ‘Person’, some powerful alter ego. Once again, Persona will include numerous references to the most current Japanese culture, allowing us to explore the neighborhoods of Tokyo and getting involved in Japanese society from the perspective of a series of teenagers.

God of War is Kratos’ return to video games after the original trilogy. This new installment for PlayStation 4, although it will keep several of the indivisible ingredients of its playability, will bet on a new beginning for the character and a Nordic atmosphere, offering us a more mature and realistic perspective of the mythology of millenary gods and monsters habitual in the series of titles. In God of War, Kratos will be a more tanned and passive warrior, since he will have to play the role of father in a cold and hostile scenario, to which he seems to have retired to forget his past.

XBOX One 9.43 Grand Theft Auto V for Xbox One

Grand Theft Auto V for Xbox One is an enhanced and expanded version of the original GTA V that appeared on Xbox 360 in 2013. It will feature new graphics and new content such as weapons, vehicles or missions, plus an expanded soundtrack and more players in the mode on-line. He tells us the epic story of Michael, Franklin and Trevor in the city of Los Santos and its surroundings.

After the success of Portal, turned into a cult game, Portal 2 for PC again leads us to solve all kinds of puzzles in the first person, using the portal gun to overcome all the traps and challenges posed by the sadistic artificial intelligence GladOS . In addition, it includes a cooperative mode that will require that you and a friend have to cooperate to overcome the different puzzles proposed by the game.

This PC title is the sequel to the first installment of the Half Life saga. This second game stands out for its design and the challenge that each problem in history represents. A first person shooter that passes two decades after the history of the first Half Life. Gordon Freeman awakens from his state of hibernation and becomes the symbol of human resistance against the Alliance. Action in an adventure whose story goes deep beyond the conflict.

After more than ten years, the legendary Starcraft returns in a second part divided into three games. This is the first, Wings of Liberty, whose campaign tells the story of the Terran, the humans thrown into the conquest of space that faces inevitably see along the way with the Zerg and the Protoss. In addition to a complete campaign mode, Starcraft II includes a multiplayer mode full of possibilities thanks to the connection to Battle.net. It also has a powerful map editor with which to share content through the Blizzard online system.

The Elder Scrolls saga continues with its second installment for this generation, which arrives on PC. Skyrim renews everything seen in the incredible Oblivion, showing us a huge world to explore freely, where to interact with all kinds of characters and embark on dozens of adventures in which our decisions will influence the outcome. An open role game, immense and full of secrets.

The fifth part of Grand Theft Auto for PC returns to the American West Coast, settling in the city of Los Santos (Los Angeles) and its surroundings, with a history set today, especially in the aftermath of the economic crisis. It is starring Michael , Franklin and Trevor , three criminals with different abilities, being able to change characters at all times and live each of their lives, as well as take advantage of their mission skills.

Divinity: Original Sin II is the sequel to the successful classic and aerial view role-playing game that Larian Studios launched in 2014. Like its first part, this new game has been funded by crowdfunding in a successful Kickstarter campaign that reached all its extra financing objectives after exceeding two million dollars. This new adventure will be much larger and more ambitious than its first part, although the playable bases will remain intact, allowing us to fight complex strategic battles in turn in which we can interact with the environment in many different ways. This time it will offer multiplayer, both cooperative and competitive, for up to four players.

The Best Movies of Last Year These are the essential titles of the year. Those that you have to put in your eternal list...
Read More

1. A Hundred Years of Solitude, by Gabriel García Márquez “Many years later, as he faced the firing squad, Colonel Aureliano Buendía was to...
Read More