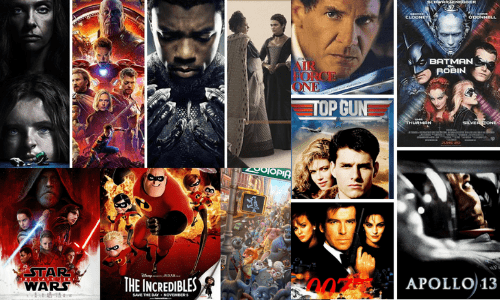 The Best Movies of Last Year

These are the essential titles of the year. Those that you have to put in your eternal list of ‘movies that I have to see sometime in life’ because they are certainly worth it. Although we recommend that you put them in the top positions, for a simple reason: they are the movies you need to see in 2018 to be up to date with the best current cinema, the past and future awards season, and the topics of conversation in the industry.

Through these films we radiography the first line of cinema today.

Great winner of the César awards, jury prize and FIPRESCI award at the Cannes Film Festival, best foreign film for critics associations in New York and Los Angeles… This film by Robin Campillo did not miss anything in the past Prize season And one of the reasons is probably the importance of its theme: a portrait of the fight for AIDS awareness in the 90s.

Agnès Varda, at 90, has shot what is probably the best documentary of the year. The most outstanding woman of the French Nouvelle Vague is as lucid as ever, and now she is allied with the young artist JR to bring us this portrait of the popular classes through an impressive urban art project.

It is not only the highest grossing film of what we have of the year, but also the one that has occupied thousands and thousands of headlines worldwide. This pharaonic Marvel crossover, directed by the solvent Russo brothers, is a surprising continuation of the MCU, a turning point that spares no script twists and farewells, and that is undoubtedly one of the best films of the year.

This new David Trueba movie has gone unnoticed by the box office, but took the Silver Biznaga at the Malaga Festival and critics have left them in love. “Two characters that could be (or not) the adult evolution of the protagonists of that Good Life (1996) face the reality: the crisis of that middle age that begins the fall of the vital curve is accompanied by unemployment and precariousness, of insecurities and bewilderments “, wrote Álex Montoya in PHOTOGRAMS.

The children in this movie are the most fun you will see in a long time. Sean Baker once again proves himself as one of the most promising filmmakers of that “other American cinema”, where the realities of the popular classes are revealed with a stunning luminosity. Here we enter a motel on the outskirts of Disneyland, in Florida, where children do not play with Mickey Mouse, but deal with evictions, drugs and indifference.

This film by Greg Berlanti is not only a wonderful teenage comedy in the purest American style (with his cheerleaders , his end-of-year dances and his uncontrolled parties in his own and other people’s houses), but he also reached the billboard to make history: It is the first teenage film produced by a great studio in which the protagonist is homosexual. And we had to wait for 2018 to see it. His power lies in his potential to inspire: we all deserve a great love story.

The most terrifying movie of recent years? Probably. What is certain is that it is unquestionably one of the best of the year. Ari Aster’s debut opera uses a history of family inheritance, witchcraft and ghosts to leave us sleepless for a few nights. The brilliant performance of Toni Collette, the importance of sound (and the girl’s tongue click) and its various layers of meaning make it an exciting puzzle and delight for horror movie fans.

Critics have unanimously praised this film by Frenchman Philippe Garrel, a story of jealousy and open wounds in the relationship between a daughter and her father (and his new girlfriend). A film shot in black and white whose emotional intensity cannot leave you indifferent.

Hong Sang-soo can never be missing from a list of best of the year. Above all, because he releases movies faster than Woody Allen himself. In this new exhibition of his style, he brings together two great actresses such as Isabelle Huppert and Kim Min-hee and puts them face to face with life and cinema. A metafiction that makes us continue to worship the Korean filmmaker.

Although it has gone unnoticed by Spanish theaters, there are many reasons to claim this movie. First, for being the novel of Oscar-winning Sebastián Lelio (director of that wonder called A Fantastic Woman), and, second, for that great leading couple formed by Rachel McAdams and Rachel Weisz. A film full of sensitivity, and that portrays two women in love in a context that prohibits their love.

A teenager, a horse and an idyllic environment. That’s all Andrew Haigh, one of the most promising filmmakers of the moment (Weekend , 45 years old), has needed to compose one of the best indie movies of the year, with a spectacular Charlie Plummer in the lead.

With the theatrical taste that drags from his first works, Martin McDonagh enters deep America to portray a society that passively contemplates the injustices that surround them. Well, that does not apply to the protagonist, the Oscar-winning Frances McDormand, who with three big ads appealing to the responsibility of police officers in the rape and death of her daughter turns the town of Ebbing, Missouri upside down.

With a script by Diablo Cody (author of the also acclaimed Juno ), this story shows us the not-so-beautiful parts of motherhood by the hand of a Charlize Theron that literally gives everything on screen. In her newly hired nanny, played by Mackenzie Davis, she will find the salvation of that very hard life of a single mother of three children. Jason Reitman directs this story impeccably … and relentlessly.

For many it would have been the fair winner of Best Film in the last edition of the Oscars, and that is having Paul Thomas Anderson behind the cameras – and in front of Daniel Day Lewis – is a surety of cinematographic excellence. And so it is: this film is a leisurely and fascinating deconstruction about toxic masculinity, love and couple relationships throughout the history of a successful couture couture designer. PTA leaves speechless with this story, which is never obvious or easy, which is never simple or even quite accessible. It is another great work in his already famous filmography.

The sixth installment of the Mission Impossible saga, which began in 1996, continues to walk steadily in an upward direction. This is: each movie feels better than the last. If Christopher McQuarrie had already convinced us in the Secret Nation that the story of the spy Ethan Hunt still gave much joy, with this second installment under his direction he leaves us with no more doubts to raise. This is one of the great action movies of recent years, and Tom Cruise the ultimate hero.

It is already in its own right the horror movie of the season, and perhaps of the year (if from here to December nobody takes the lead). Directed and starred by John Krasinski, it is based on silence – the only way to survive in a world full of blind aliens – to compose a tense story, full of suspense and good ideas.

Indiewire already defines it as a historical teen comedy , although it did not pick up anything in its path through the Oscars. Greta Gerwig, a mumblecore muse and particularly Noah Baumbach, directs her first film with a sweeping personality, which permeates in a coming-of-age story about what it means to be an intelligent teenager with few resources and big dreams. It is fun and hooligan, but also very bitter, with a Saoirse Ronan in a state of grace. It is, without a doubt, one of the films of the year.

We already said it in PHOTOGRAPHS: this movie is much more than an absurd comedy about a night out of control. After ‘Holidays’, John Francis Daley and Jonathan Goldstein bring us this little gem with Rachel McAdams and Jason Bateman, one of the film couples of the year, in a story with more twists than a spinning top.

It is the highest grossing Spanish film of the year for some reason: this story directed on the screen by Javier Fesser and starring Javier Gutiérrez is a song to dreams and effort. A basketball team made up of people with intellectual disabilities will show us more values ​​than any other great epic on this list.

Laurent Cantet returns with this film in the style that has given him the most joy: that of his multi-award-winning class , which won the Golden Palm of Cannes just a decade ago. Now he leaves the institute and immerses himself in a workshop for teenagers, where tensions – social, racial, ideological and even sexual – will gradually explode.

JA Bayona has confirmed his ticket office magnet with this sequel to the Jurassic Park reboot that began Colin Trevorrow a few years ago. It sounds complicated, but it is not so much: the dinosaurs of always return to camp freely on the screen, but in this Spanish film they do it with a fair mixture of nostalgia, plot twists and images of infarction. An adventure, comedy and science fiction show that has not left anyone indifferent: it is already more box office than the Avengers: Infinity War.

This Brazilian film won the award for Best Ibero-American Film and the Feroz prize of Spanish critics at the Malaga Festival for its wonderful portrait of its two protagonists, “an authentic monument to mothers and women who have to move forward alone his family, “as Beatriz Martínez wrote for FOTOGRAMAS . An honest, complete, humble and at times painfully realistic movie.

This is the film testament of Harry Dean Stanton, one of the most iconic actors in North American indie cinema. The critic has surrendered almost unanimously to his performance in this film by John Carroll Lynch, in which he makes a journey of self-discovery from his atheism to the most absolute revelation of himself.

Wes Anderson’s last wonder is starring a friendly group of dogs, who are marginalized to a landfill island within the framework of a futuristic Japan. As in Fantastic Mr. Fox , the stop-motion of the filmmaker is shown again with dazzling mastery, in a production of those that are no longer seen in our 21st century.

The latest from the French filmmaker Claire Denis is a dazzling reflection on love and relationships. Based on the texts of Roland Barthes, and with a magnificent Juliette Binoche at the head, the director subtly portrays the solitude, the passage of time and the insecurities of a life in which we were promised the ideal of romantic love, and, instead, we only get painfully complex feelings.

1. A Hundred Years of Solitude, by Gabriel García Márquez “Many years later, as he faced the firing squad, Colonel Aureliano Buendía was to...
Read More

Here you will find the best games of all time, valued according to the opinion of the users, of metacritic or of our analysts...
Read More